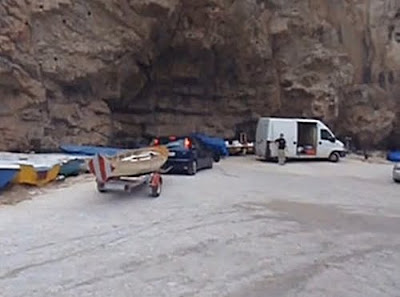 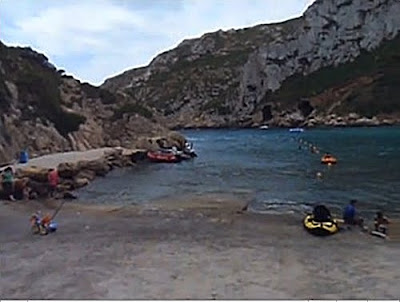 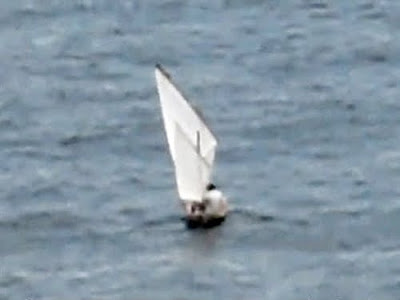 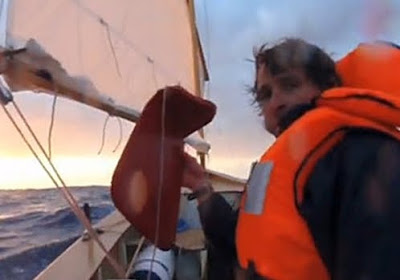 During the first night out, Onawind’s rudder was damaged, 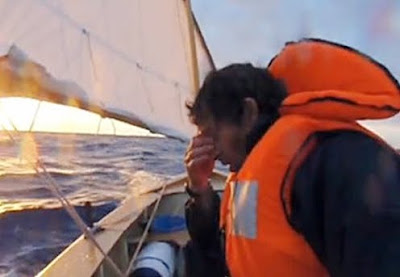 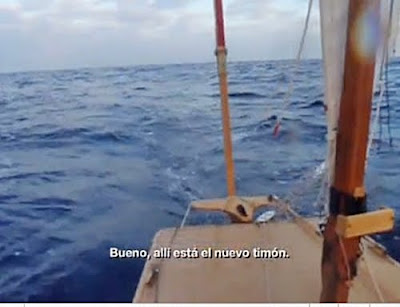 but successfully replaced using an oar. 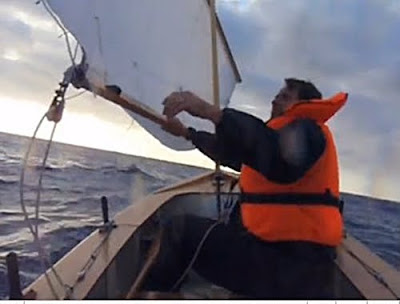 The wind picks up and Ben shakes out a reef. 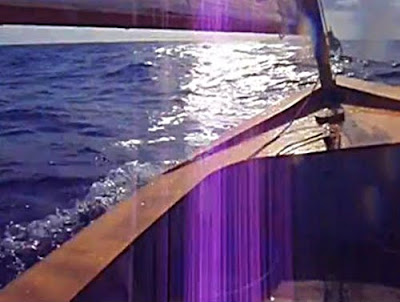 And is sailing in earnest. 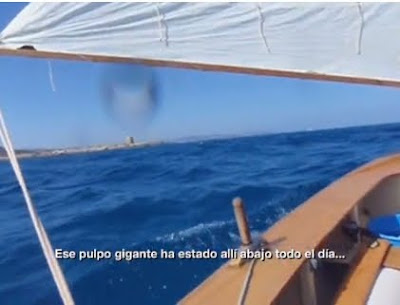 The approach to Ibiza

Onawind Blue is a Gavin Atkin design, a light trow built by Ben Crawshaw in Tarragona, Catalonia, Spain. She carries a balanced lug yawl rig and is inspired by British workboat history, but as with all of Gavin’s designs, adapted for modern materials and building techniques. Ben’s build and subsequent adventures are chronicled on his weblog, The Invisible Workshop. This summer Ben and Onawind cruised from Javea to Ibiza and back again. Ben was able to chronicle his journey on video and has assembled six episodes documenting the trip. Having viewed four of these serially posted episodes, I am compelled to write about them and share my impressions, as I feel they are exceptional.
Ben begins by sharing his trepidations about the journey at the launch. The night before he’d dreamed of a giant octopus dragging him and Onawind down to the depths, and he is candid about his fears.

Watching these short vignettes of the cruise I was entranced. There is a mystical and slightly surreal quality to them, an intimacy which pulls the viewer into another world, the world of the mythic voyage. The mood is set early and enhanced by the mesmerizing and slightly eerie music of Mónica Oca. The somber tone of her piece contrasts sharply with the bright sunlit Mediteranean Sea. Ben has, for me at least, managed with simple and spare means to raise the cruising documentary to the level of art. I hope you will enjoy them as much as I am.

Thanks to Ben and Onawind Blue, and thanks to Gavin both for designing such a smart small craft and for posting Ben’s videos at intheboatshed.