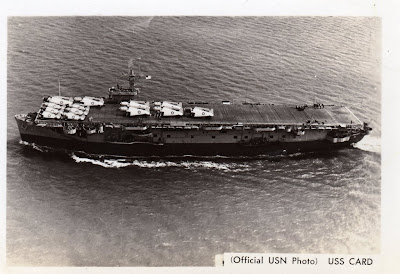 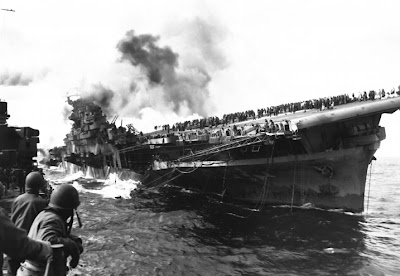 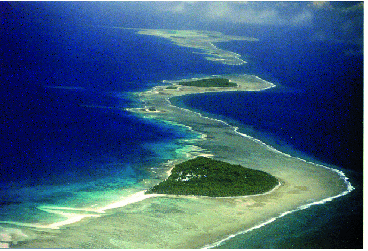 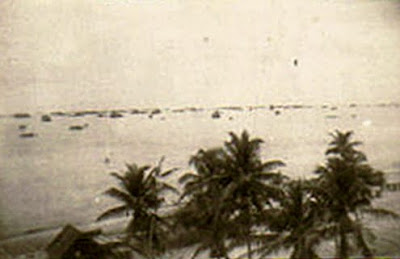 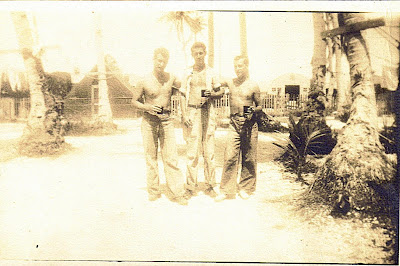 That’s Dad, Signalman Second Class, USN on the right, typically with a beverage in hand. 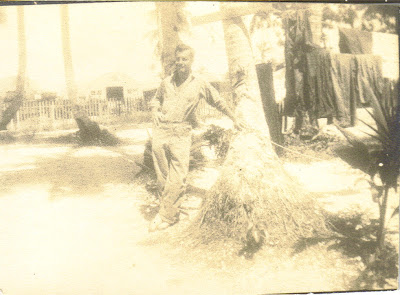 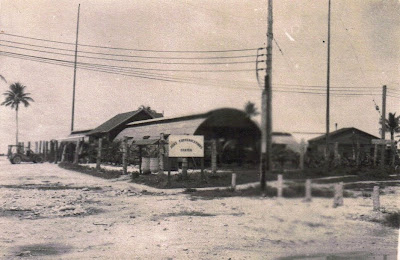 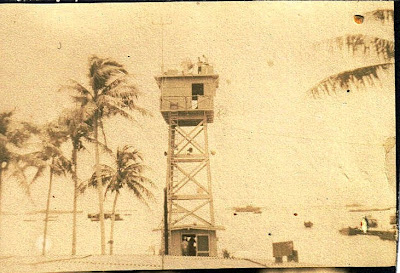 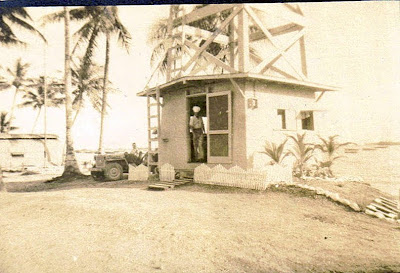 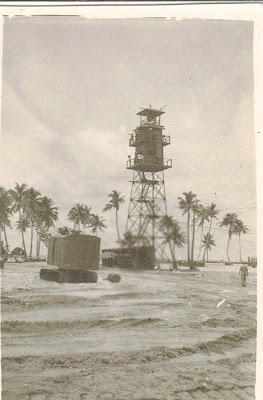 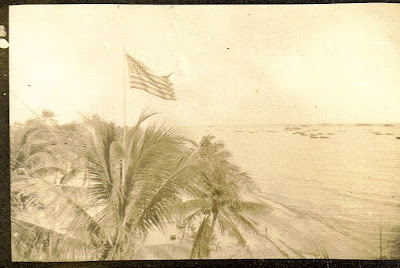 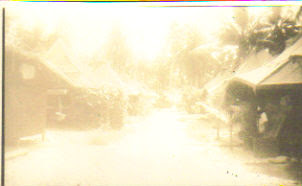 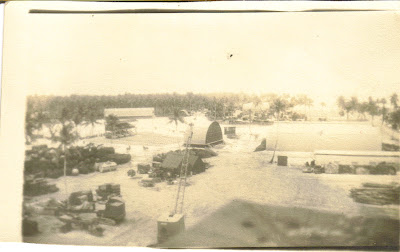 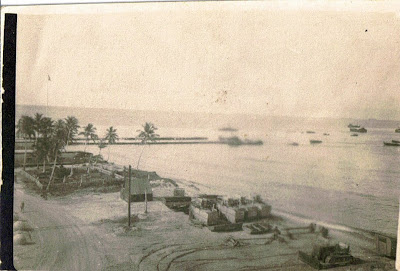 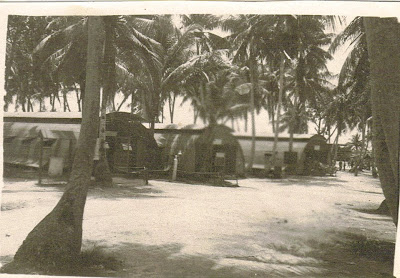 All photos are from Ulithi Atoll, Caroline Islands between Aug. 1944 and Nov. 1945
personal archive

My Dad served in the US Navy during WWII. As his eldest son, and born in 1951, dad’s memories of his service experience were still vivid and I was constantly hearing the stories. He served for a spell on the USS Card, a Bouge-class escort aircraft carrier. He was a Signalman, Second Class. In those times a signalman was required to carry his battery for the signal lights on his back, backpack style. About 50lbs. worth. While wearing this gear my Dad fell from grace, ie. the USS Card, into the sea, was rescued but lost a kidney in the affair. The stories he told of his recuperation on Long Island and foray’s into Manhatten almost daily included the fact that as a sailor in uniform he could not buy his own drinks or dinner, so generous were his admirers. What he told me about the reaction of young ladies will go unmentioned. Later he shipped out to Ulithi Atoll in the Western Carolines, which became the largest Naval base in the South Pacific and was the staging area for the war with Japan. Unlike many, Dad thoroughly enjoyed his service. Over and over again he repeated the story of the USS Franklin being towed into harbor on Ulithi listing severely to starboard. Read more about the Franklin and Ulithi at Emmet Baker’s website.
At one point Dad acquired a small mahogany runabout, powered by a little 40hp. Merc outboard, which proved to be a magic carpet, opening a gateway to the Ohio, waterskiing, and overnight camping trips on 18 mile Islands. The best kind of fun for young kids and worth the prep work we put into the boat. Dad moved on to the universal oceanic many years ago. I have no doubt that the stories and the boat were the seed of my current interest. Thanks Geno! Happy Fathers Day.