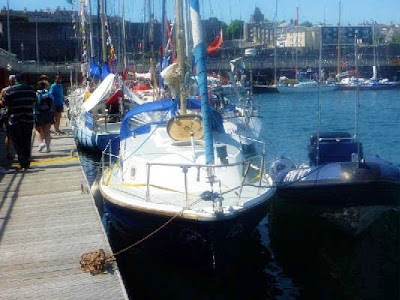 The Jester fleet assembled in Plymouth 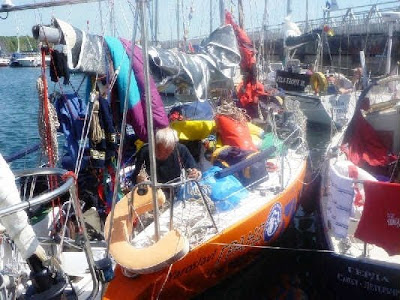 A Russian contender,Igor Zaretsky, sailed his Peterson 25 The Grand into Newport on the 26 th. of June, being the first to arrive, therefore the ‘winner’ of the 2010 Jester Challenge, though in my estimation, all entrants, those who got to Newport and those forced to retire, are winners. Read, for instance, about Guy Waites experience, one who had to retire . 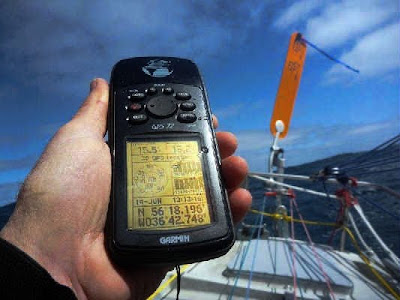 Roger Taylor had another idea for his summer cruise, to start with his fellow entrants in the JC, but make for a more distant and exotic goal, the Arctic circle by way of Davis Strait between Greenland and Newfoundland. Here he’s checking coordinates mid Atlantic. 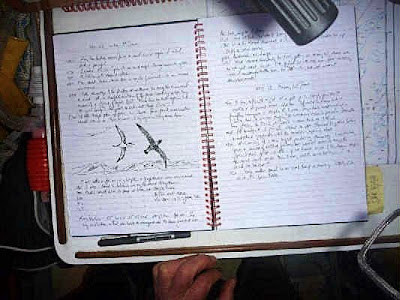 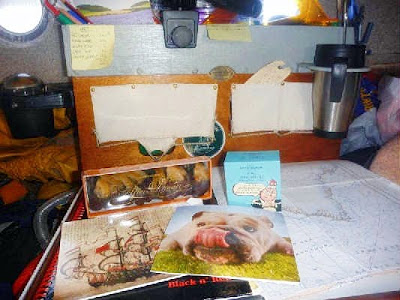 Roger celebrated his birthday during the cruise, with cards and newly opened gifts. 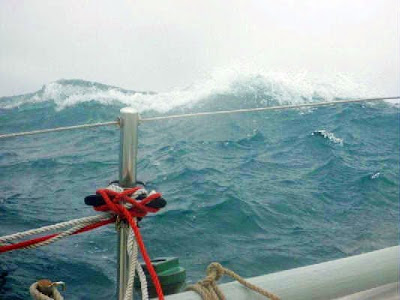 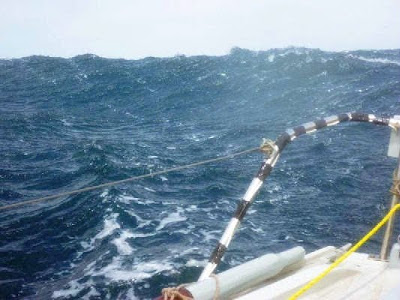 More of the same, 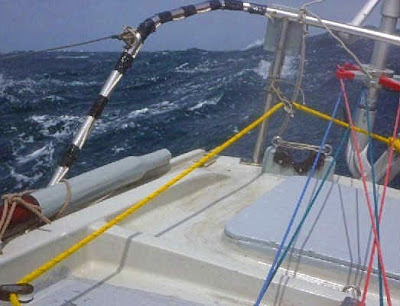 And even more.
Here Roger is hand sewing a Greenland welcome flag in case he needs to make an unplanned landfall. Despite the ensuing events , he didn’t need to. 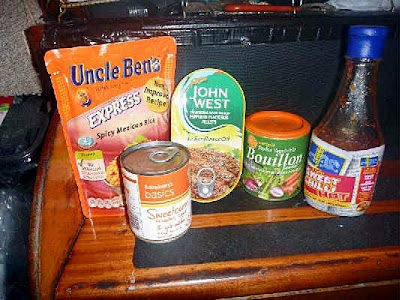 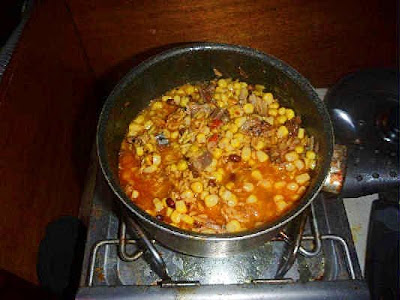 A dinner! Typical fare aboard Mingming 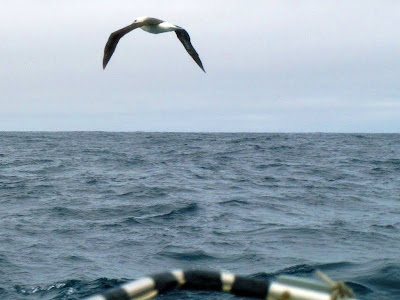 The highlight of the cruise, according to Roger, was a visit from this Black Browed Albatross. 8′ wingspan. 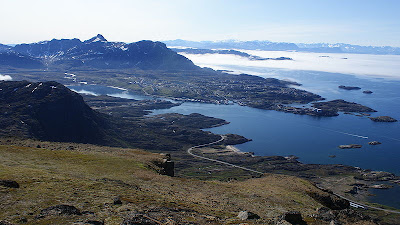 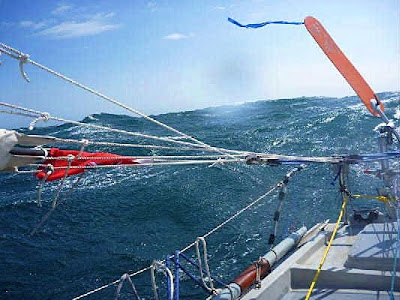 Heavy weather in the Davis Strait. 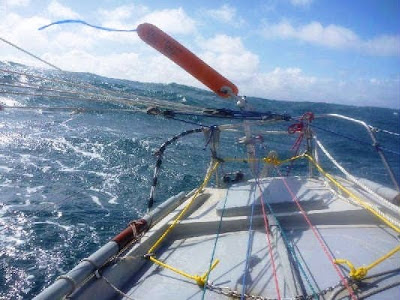 Mingming was knocked onto her beam ends by a rouge wave in this heavy weather in the
Davis Straits, which flew Roger across the cabin and resulted in his injury 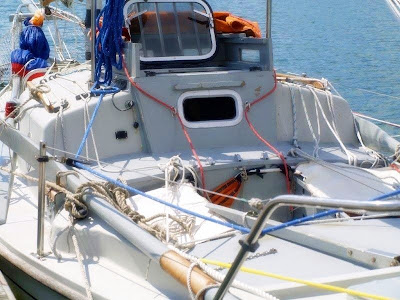 Mingming back in Plymouth Harbour

Intrepid voyager Roger Taylor set off this year with the other entrants in the Jester Challenge, but offered a piquant twist. Instead of taking a heading for Newport, RI, like the other participants, Roger decided to make the event his own by stamping off for the Davis Strait, the body of water between Newfoundland and Greenland. He nearly made his proposed goal of entering the Arctic Circle via the Davis Strait, but encountered some very heavy weather in the strait and suffered an injury which caused him to decide to return to Plymouth post haste. A broken rib. Roger:

“A south-easterly gale which started on June 24th built for a day and a half. We were running before it quite comfortably under bare poles. At 0015H on the morning of June 26th, at which point we were about 130 miles west of Cape Desolation on the west Greenland coast, a rogue wave caught us on the wrong quarter, gybing us round and then putting Mingming on her beam ends. I had been dozing on the safe, downhill side of the boat. The gybe moved me to the uphill side, and as we went over I was flipped over onto my back and thrown across the cabin, catching my right side against the corner of the chart table. I did not realize immediately that I had injured myself. My first concern was for my back, which had been wrenched during this short haul flight and awkward landing. It was only a few minutes later, when I was getting us back on the correct heading, and had to reach for a steering line with my right hand, that I heard, as much as felt, a loud ‘click’ from my right rib cage – the click of two pieces of displaced bone slotting themselves back together again.”

At this juncture Roger decided, wisely I believe, to abort further progress and run for home. He returned to Plymouth on July 29th after 67 rather eventful days at sea. Roger reports that he’s healing nicely and glad to be home. He counts this voyage as very successful, despite not quite reaching his the circle. I’d agree. Please read the full account at Roger’s website.

Also, Roger’s second book ,
MINGMING & THE ART OF MINIMAL OCEAN SAILING is actually available now, as opposed to the original date in September. I recommend it.